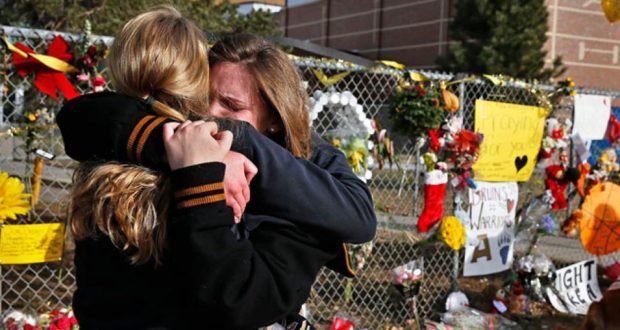 Several states are reporting an increase in home-schooling in the wake of recent school shootings. Several states are reporting an increase in home-schooling in the wake of recent school shootings.

There are many reasons parents consider home-schooling their children. They can have more control over their children’s curriculum and spend more time together as a family. They can also offer an individualized learning environment for their kids. Now you can add keeping children safe to that list.

Several states are reporting an increase in home-schooling in the wake of recent school shootings. The Texas Home School Coalition, for example, reported recently that its inquiries doubled. The numbers jumped from about 650 calls and emails per month to about 1,300 calls and emails per month. This staggering increase in communication followed the school shootings in Santa Fe, Texas and Parkland, Florida.

Ten people died in the May 18 shooting at Santa Fe High School in Texas. That tragedy occurred just three months after 17 people had perished at Marjory Stoneman Douglas High School in Parkland, FL.

Brian D. Ray, president of the National Home Education Research Institute (NHERI) in Salem, Oregon, discussed the current situation in a recent Washington Times interview. He stated that the environment of schools is an increasing factor for parents deciding to homeschool their children. Many issues at public schools include safety as well as the pressure to get into drugs or sexual activity.

Christopher Chin, president of Homeschool Louisiana, said school bullying has contributed to an increased interest in home-schooling over the last five years. Furthermore, he also explained that the recent public school shootings have become the proverbial straws that have broken the camel’s back.

Louisiana And Texas Are Booming In The Home-School Movement

According to a 2017 report by the U.S. Department of Education, there were an estimated 1.69 million homeschool students in the U.S. in 2016. Since some states do not require the reporting of homeschooled students, that number could be much higher. In fact, Ray’s organization says that 2.3 million students is a more accurate estimate. NHERI also maintains that the number of homeschoolers is growing anywhere between 2 to 8 percent per year.

The state of Louisiana, which does require parents to register as homeschoolers, had 30,134 homeschool students registered in January 2018. This figure marks a sharp increase from an estimated 18,500 to 20,000 in 2011.

Texas does not require home-schooling registration, but the Texas Home School Coalition estimates that more than 300,000 students are taught at home in the Lone Star state. In a poll it took last year, the organization found that safety ranked high in the minds of parents considering home-schooling. The top three reasons cited in the poll were a desire to provide religious instruction, dissatisfaction with the academic curriculum, and worries about the school environment.

Will Home-Schooling Solve The Problem Of Violence In Our Society?

Is home-schooling the answer to the problem of violence in our schools? Takisha Coats Durm of the Madison County Schools System in Huntsville, Alabama does not think so. She said in an interview with Huntsville’s WAAY-TV News that parents may be teaching their kids the wrong lesson by removing them from public school. She explained that home-schooling for safety reasons does not help find a solution to the problem of school violence.

In the wake of recent shootings, many concerned parents have taken to Twitter and other social media platforms to discuss home-schooling as the only way to keep their kids safe.

“Well, guess I am homeschooling my children,” tweeted Juliet in February after the Parkland shooting. “Wasn’t my plan, but I don’t need to wonder every day if my kids will come home from school.”

Although home-schooling will keep your children from being victims of a school shooting, it cannot protect them from all gun violence. As we all know, mass shootings have occurred in recent years at concerts, malls, nightclubs, and even at churches.

Teaching your children at home can be a life-changing and rewarding experience for both you and your children. However, it requires time, patience, creativity, and endurance. It is essential to decide to teach your kids at home not solely as a reaction to horrific news events. In contrast, parents should pursue the positive learning lifestyle that home-schooling families embrace.

To learn more about the home-schooling requirements in your state, visit https://hslda.org/content/laws/.

You may also consider reading another Live The Adventure Letter article: Are These 5 Books On Your Children’s Reading List?

Do you have any thoughts on the movement to home-schooling following the recent public school shootings? Let us know in the comments below.

Previous: How Audio Learning Can Improve Your Child’s Grades
Next: 4th of July Video – Lost Secrets of Liberty